(if you're on your phone scroll down and select web version. when it reloads hit play on the video to listen to music while you read if you like)
In the morning Frogbroth uses herbology again and fails. She loses 3 hours while Harpnoodler goes her own-way. (You can go your own way! 🎼)
💚
The first hour Harp spends theorizing on how to find food. Instinctively thinking of marine prey. Her stone tablets, half-full of theories and musings reassure her she can get food. Even better if she doesn't have to spill blood. She spends a second hour and still finds no food.
💟
Harp stumbles across 2 Secodontosaurs taking a nap. They each have beautiful red sails on their backs with black splotches. Harp makes her way back to camp without finding food but remembers her name. Harp came from the sound her hood made. She withdraws her tentacles under her hood as she levitates to camp. 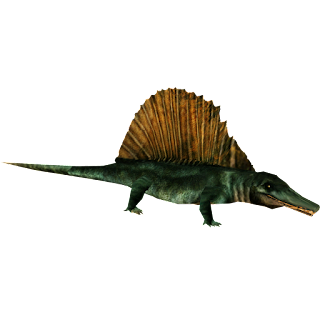 💞
Once at camp and reunited Frog and Harp are silent. They begin to walk east. Along the trail they find wild tasty chutes to eat. Mid afternoon comes and there's nothing but sunshine and humid breeze. Frogbroth tells Harpnoodler of her dream.
💜
"Gold Stone Island is North East."
"But the plan was to find the village and buy friendship bracelets."
"Right but that would take longer. I mean it's an island in the biggest part of the river and you're marine."
"We don't have fo-."
"Food I know but we can fish there."
"We don't even have any money."
💚
It's 3pm now.
💟
During all this commotion 6 nearby Sphenecadon show up all hostile with a witch in their midst.
💞
The first enemy hits Harpnoodler. A second one attacks her and poor Harp is at 1 stamina. On Frogbroth's turn she bites one to death. She swallows and recovers 5 stamina. (end of round card appears twice in a row)
💜
Frogbroth snatches one of Harp's tentacles.
💚
Frogbroth drags Harp's body into the marshes.
💟
4pm and raining...
💞
On the side of the trail Harp levitates over Frog.
💜
"We need to rest."
at 2:30 AM