I released my first Dungeon Synth album and here's what people are saying about it! 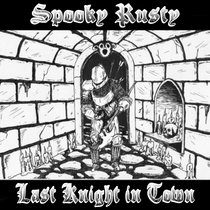 You can listen to/buy my entire album here for $4

"The presentation does not match the quality of the music. Unfortunately, with a sea of releases, a lot of people judge on cover and titles before anything else."
-Chris

"I think the music is overall really solid! A lot of folks might see the name of the project and the names of some of your song titles and assume that the music is a joke."
- Matlock

"Between the music and cover art, you have succeeded in creating an old-school RPG feel, which for me is always a plus. That said, the song titles undermine what your cover art is depicting and what the tone of your music conveys."
- Fen

People take their music scene too seriously like Varg. I hate that mindset. I'm serious about every project I've ever done, but there has to be humor. We're using synths for Christ sake. It's cheesy in and of itself. Have fun. Even the Nine Inch Nails are cheesy and they know it, but they are a serious band. They put jokes in a lot of  song titles and lyrics, but these people would say Trent has no talent and is lame. Their views are so narrow, but you know every synth player wants to be Trent because he's a genius. Nine Inch Nails recorded an album in the house Sharon Tate was killed. They tried so hard to be edgy. I will remain trve to myself with hand drawn cover art and interesting song titles.

Email ThisBlogThis!Share to TwitterShare to FacebookShare to Pinterest
Labels: dungeon synth, me, music